Buy Property in Vietnam as a Foreigner: Why and How

With Vietnam’s gross domestic product (GDP) averaging over 7% and its growth potential as “ the next China”, investors should pay attention to the investment opportunities in the Vietnamese property market. In this article, Cekindo elaborates the effect of loosening restrictions on foreigner property ownership since 2015, and the legal aspects of purchasing property in Vietnam as a foreigner.

Why You Should Invest in Property in Vietnam Now

Since 2016, the Vietnamese real estate market has continued to develop steadily.

Overall, a number of foreign investors optimistic about the Vietnamese real estate market is growing tremendously. 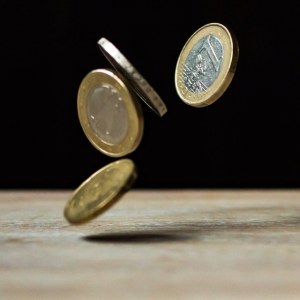 These are 5 reasons why:

Vietnam is now providing a wave of growth opportunities for property investors. From 2010 to 2016, the country’s per capita GDP grew at an average annual rate of 8.4%, leading among the countries in Southeast Asia such as Cambodia (7.8%), the Philippines (5.7%), and India (4.2%).

Vietnam’s inflation index is currently stable at around 4%-5%. This creates a relatively favorable economic environment.

The influx of foreign capital has provided an important catalyst for Vietnam’s economic growth.

According to the Ministry of Planning and Investment of Vietnam, the disbursed foreign direct investment (FDI) in Vietnam reached US$9.05 billion in the first seven months of 2017, a 5.8% year-on-year increase. And, registered FDI totaled at US$ 21.93 billion, a year-on-year increase of 52%.

The demand for new and improved housing brought by foreign white-collar workers and wealthy families in Vietnam has become the main leading force in the growth of real estate.

While hitting the all-time high, the housing price in HCMC is still much lower than its neighboring countries such as Hong Kong and Singapore, in favor of a lot of investors.

4. China as the Partner

The promotion of China’s “One Belt, One Road” initiative in Southeast Asia will further strengthen the level of trade cooperation and infrastructure construction between China and Vietnam and attract further investors.

According to Vietnam’s railway development plan for 2020, Vietnam will focus on rail transport connecting Chinese and Vietnamese cities and the suburbs.

The population in Vietnam is expected to grow from the existing 95 million to approximately 120 million by 2040. This is significantly positive for Vietnam by increasing its demand for housing and property.

Rules and Regulations about Real Estate in Vietnam

With the amended Law on Residential Housing (LRH) in 2015, foreign holders of Vietnamese visas became eligible for possessing a residential property, a huge step-up from before.

Even though foreign ownership of Vietnam’s real estate is possible, it is still limited and complicated.

Related article: What are Land Rights and How to Acquire Land in Vietnam?

How to Buy a Property in Vietnam as a Foreigner 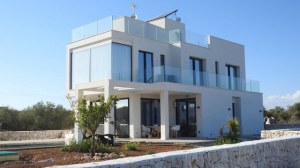 Purchasing a Property with a Real Estate Agent in Vietnam

A real estate agent in Vietnam is the right institution to approach in order to achieve your dream of being a property owner in Vietnam. Cekindo can assist you with company registration, contract outline preparation for buying or renting a property.

During the company registration, Cekindo will also provide you with relevant professional support for acquiring additional licenses and certificates. This way, you can buy property and start doing business in Vietnam.

Areas to Invest in Property in Vietnam

With over 95 million people, Vietnam is Southeast Asia’s third most populous country with diverse towns, cities, and neighborhoods. These areas are of different sizes, geography, and demand that fit the requirements of many investors.

Below are some of the larger cities and areas that most investors choose as the destinations for property investment.

Formerly known as Saigon, HCMC is now the largest city in Vietnam. As well as being the largest economic and financial center in Vietnam, HCMC has attracted more and more immigrants from other provinces in recent years, so the population is still growing rapidly.

According to a CBRE, about 60,000 completed apartment units will be available by the end of 2018 and 66% of apartment buyers are investors. Another statistics from the Labor Department also shows that about 48,000 foreigners are eligible to work in HCMC and neighboring provinces, increasing property demand.

Hanoi is the industrial and cultural center and the ancient capital of Vietnam. The capital is divided into 12 urban areas, 1 district town, and 17 rural areas.

Hanoi is also the city with the highest human development index among Vietnamese cities. According to PwC, from 2008 to 2025, Hanoi will become one of the world’s fastest growing cities.

Located in Khanh Hoa province in the coastal area of central Vietnam, Nha Trang is one of the most secluded seaside cities in Vietnam.

The economy of Nha Trang depends heavily on tourism with a strong demand for home purchases. This causes the surging price of Nha Trang’s property.

Da Nang is the fourth largest city in Vietnam.

In May 2017, a new international terminal was built at Da Nang Airport which is expected to receive 6 million passengers per year. The high-end beachfront hotels and resorts in Da Nang have become the preferred destination for foreign tourists to spend their holidays and leisure. Therefore, the resort property in Da Nang is especially popular among investors.

Consult with Cekindo before You Buy A Property in Vietnam

Take advantage of the growing Vietnamese economy and invest in real estate in Vietnam. Cekindo will guide through the whole process of purchase. We will also assist you with the legal compliance as well as company registration process.