In July 2018, President Donald Trump of the United States claimed China’s unfair trade practices and started imposing shocking tariffs on China imports. So far, tariffs incur on Chinese products have reached a whopping US$250 billion. As a result companies of all sizes are shifting their productions centers out of China to countries with matching infrastructure, technology and human resources like Vietnam.

Find Out About Cekindo’s Company Incorporation Services in Vietnam.

Many trade experts stated that this US-China trade war has shown no sign of improving anytime soon, and has been affecting economies around the world. However, for Vietnam, the US-China war has actually brought positive effect to the country’s economy. According to Japanese investment bank Nomura, Vietnam is the biggest benefactor in this dispute with its economy rising by 7.9%. Vietnam’s GDP has also surged by 6.79% at the Q1 of 2019.

Since China is not able to export their products to the U.S., many foreign investors have flocked into Vietnam and increase their manufacturing capacity to export goods to the U.S.

This article elaborates the reasons many Chinese businesses have relocated their factories to Vietnam and how moving to Vietnam can be beneficial for them. 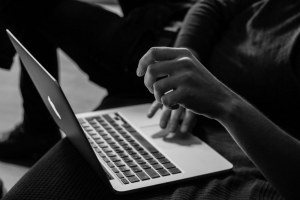 Moving Your Business to Vietnam: Why?

Vietnam has become the favourite destination for investors switching their production from China due to China’s tariff threats and continuously increasing labor costs. Owing to the additional gain of imported goods caused by U.S. tariffs on Chinese products especially electronics, this multinational shift of production to Vietnam is inevitable.

RELATED: What To Consider Prior to Operating a Manufacturing Plant in Vietnam

The apparel industry in Vietnam has the best performance due to the moving operations of textile companies to Vietnam from China. Though the global economy has significantly slowed down, the relocation of China businesses to Vietnam will not stop anytime soon.

Positive Relationship between Vietnam and the US

According to a forecast done by Bloomberg, Vietnam’s exports to the US are expected to hike further to US$69 billion in 2019 – a significant growth as compared to the US$62 billion in 2018 after signing the total bilateral trade.

Therefore, Vietnam and the U.S. are maintaining a positive economic relationship. In 2018, Vietnam’s trade surplus with the U.S. exceeded US$39.5 billion. With the underway trade war that is speeding up, more and more Chinese factories (particularly light and manufacturing industries) see this as the best time to move out of the more expensive China.

A study conducted by the American Chamber of Commerce indicated that China has lost much of its market share to certain manufacturing businesses in Asia, particularly to Vietnam. These manufacturing companies include those producing car tires, furniture, refrigerators, textile, etc.

Not long ago, American company Cooper Tire and Rubber Co and Sailun Vietnam Co Ltd built a tire factory close to Ho Chi Minh City in the form of joint venture; and the US company Key Tronic Corporations also rented a manufacturing facility around Da Nang.

The Vietnamese government makes infrastructure development in the country as their very first priority to keep up with its economic growth.

Close to 99% of Vietnamese population have electricity access and many real estates, ports, bridges, roads and highways, as well as airports are currently underway to being built.

Compared to many neighbouring countries in the Asian region, Vietnam’s advantages are perceived as having a relatively stable government and inexpensive labour.

This is especially important for labour-intensive manufacturing sector, which is why many China businesses have relocated their production to Vietnam. In 2010, Vietnam became the leading manufacturing country for Nike shoes, surpassing China for the first time.

How Cekindo can Assist You with Moving Your Business to Vietnam

The success of your business in Vietnam is completely up to you because it all comes down to whether you are able to seize the opportunities. Now, it is the perfect time for you to move your business to Vietnam by setting up a manufacturing company.

With Cekindo’s custom consultation, our experts will help you navigate the Vietnamese booming business environment and assist you in setting up a manufacturing factory in Vietnam in no time.

Get in touch with us today by filling in the form below.

Talk to Our Consultant

Tomas is the co-founder & Chief Business Development Officer responsible for Vietnam. His role is to define the key potential of the Vietnamese market and to ensure that Incorp's branch in Vietnam provides its clients with smooth and hassle-free market entry solutions.

An Introduction to Processing Contract in Vietnam

How a Professional Employer Organization in Vietnam can Help Your Business

We use cookies to improve and customize your browsing experience. You are deemed to have consented to our cookies policy if you continue browsing our site.

How to Set Up a Business in Vietnam