Vietnam Company Registration: How to Choose The Right Location for Your Business

The industrial zones in Vietnam have been rising tremendously due to the substantial increase of foreign investments. The Vietnamese government continues to put in more efforts and draft a legal framework to boost the foreign contributions as well. This is an interesting thing to know for foreign entrepreneurs looking to establish businesses and engage in company registration in Vietnam.

The industrial and economic zones in Vietnam have attracted 7,500 domestic projects and 8,000 foreign projects. Domestic projects reached a total value of US$41.75 billion and foreign projects were worth over US$145 billion. According to the record as of December 2018 provided by the Ministry of Planning and Investment, 326 industrial zones have been established across the country, and 249 are in operation.

Although industrial zones in Vietnam are optimal for many investors for the growth of their capital, you are advised to do your own due diligence and learn more about each industrial zone you are interested in before you start with your company registration in Vietnam.

This article attempts to provide you with a quick guide to assist you in choosing an industrial zone with the right location for your business in Vietnam. 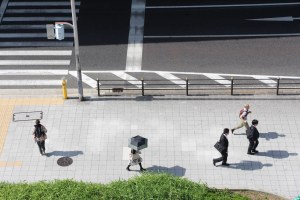 In Vietnam, industrial zones are a remarkable investment vehicle for many foreign businesses. They are designated by the Vietnamese government to produce industrial goods and services, as well as to carry out export and hi-tech related activities. Businesses that are set up at an industrial zone get incentives provided by the government.

When talking about the locations of industrial zone in Vietnam, they are all over the country. In general, their locations can be categorised into three regions: North, South and Centre. Each region offers different benefits and incentives to investors.

Thanks to its proximity to China, NKEZ shows huge development in the past decade. Some notable cities include Hanoi, Bac Ninh, Hai Phong, Hai Duong, etc.

As part of the China plus one strategy, this region is suitable for companies considering moving their manufacturing operations from China to Vietnam, particularly in textile and garment manufacturing. Exports and agriculture industries are also popular here.

This region includes Ho Chi Minh City, Dong Nai, Binh Duong, Long An, Tien Giang, etc. Areas around the Ho Chi Minh City are the industrial hub and have the most activities in Vietnam, contributing to the highest foreign direct investments.

SKEZ is suitable for furniture and footwear manufacturing, exports, services, technology, telecommunications and other commerce.

Provincial Competitiveness Index in 2018 showed that the top industrial zones in Vietnam were the following:

Different incentives are available in specialised zones to enhance both foreign and domestic investments in Vietnam.

Sectors that are encouraged and eligible for these incentives include healthcare, education, high technology, sports, scientific research, culture, software manufacturing and infrastructural development.

These tax incentives offered by the Vietnamese government consist of the reductions or exemptions of the following taxes for specific periods:

One of the things that attract so many foreign investors in Vietnam is the country’s inexpensive labour and talent. Qualified workers are more competitive and abundant in the northern and southern regions, especially in Hanoi, Hai Phong, and Ho Chi Minh City. As for central region, it can be challenging to find the right workers for higher positions, especially in the technical and specialised fields.

Depending on the region, Vietnam may have different monthly minimum wages. Ho Chi Minh City and Hanoi tend to have higher minimum wages. Based on the skill levels, managers and industrial workers have an average salary varying from US$500 to US$2,000.

Are you still not sure whether to choose to establish a local company or a foreign company? This article will help you decide When is Local Company a Better Choice than Foreign Company in Vietnam?.

Are You Ready to Start Your Vietnam Company Registration?

Now that you have read through the article, are you ready to start a new business in Vietnam?

Get in touch with us should you require further information on the Vietnamese market and business setup in Vietnam by filling in the form below. We can assist you with company registration and business licenses application in Vietnam, among others. 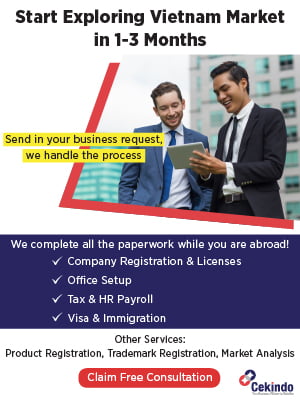